Maps of the Imagination 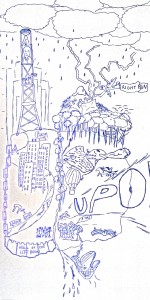 Randy’s Map of the Imagination — Mapping the Left and Right Brain.

I read these words in the introduction to Katharine Harmon’s book on mapping and they helped me realize my lifelong fascination with maps. Interestingly enough, although I have always been fascinated by maps, I have always considered myself among the directionally challenged. I joke that I have an impressionistic memory and usually remember experiences more than location. It is actually the combination of these two things that I found the most interesting connections as I read through her work. She helped me understand the mapping metaphor as something that demonstrates our connectedness to larger things, people, places, experiences and ideas.

It was through this line of inquiry that I started infusing the concept of mapping into my composition classes. Mapping, as I have come to see it is about locating or orienting yourself within some larger framework. It is about the associational nature of thinking and the ways that experience overlays landscapes. It embraces connectivity, association and exploration – all things important to the teaching of composition.

These assignments focus on Katharine Harmon’s book, You are Here:Personal Geographies of the Imagination (2003) that contains over 150 maps. Although some of maps are traditional maps that attempt to objectively define place, most of the maps in her book are what she calls, “Maps of the Imagination.” In her words, they use “word and image in a combination to explore psychological and social landscapes” (180). All of the maps included in the book “transcend the norm because of the mapmaker’s personal viewpoint, or sense of humor, ingenuity, or all of the above” (181). Harmon suggests that people have a mapping instinct — a fascination with maps as a way to help “locate themselves and to understand their relation to other people.”(181).

Although we think of maps generally as objective pictures they actually show perspective, ideas and relations as the mapmaker labels and integrates their experiences into the existing landscape – whether this landscape is a place or a concept. Some of the maps in Harmon’s book show perspective such as in the New Yorker’s Idea of the United States of America, in which the city is shown as larger than all the other states including California. Other maps such as the 1960’s heart shaped map from McCalls magazine entitled, “Geographical Guide to a Man’s Heart” address psychological and social rituals while some are completely of the imagination such as, “A Dog’s Idea of the Ideal Country Estate.” Still others provide a more personal perspective such as the map that labels physical and emotional scars on a body.

Above all, mapping initiates associational thinking in which students recognize connections between their ideas and experiences.

Samples of Student Maps of the Imagination: 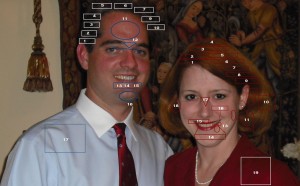 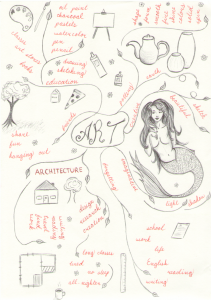 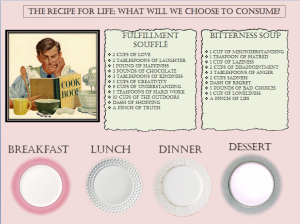 Esther – Life Soup Map – She used the menu as a map to show her attitudes, philosophy and a recipe for life. 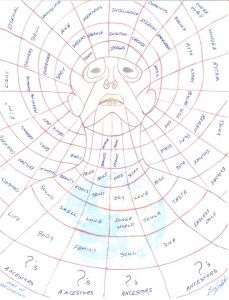 Gay – Map of the Oversoul – a philosophical theory mapped visually. 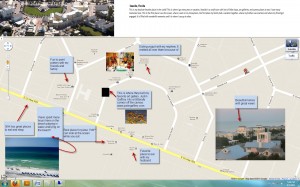 Esther — Seaside Map – Using Google Map creator, she shows her vacation experiences on top of the landscape of Seaside. 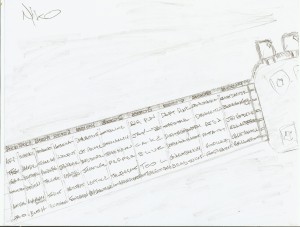 Niko — Musical Influences Map – He used the neck of a guitar to show the history and the influences of his musical interests.

Anna – Map of My Walk Home – Using Google Map creator, she shows the details of her walk home from school. 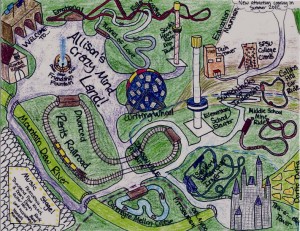 Allison -Crazy Mind Land – A rollercoaster and theme park enthusiast.  she used this metaphor to map the ups and downs of her life.